You can never dress alone ...

... if your clothes are this complicated.

This sort of fashion was probably the reason why very few European ladies follow their husbands when they go pillaging in the tropics in the 18th century. The suffering when your scapula began to itch; how on earth do you reach that annoying spot?

I don't imagine the garment is terribly comfortable; the boning of the corset looks like sheer torture. Keeping the spine erect is one thing, but the squashing of boobies is another.

Thank God this style is no longer in fashion, no? Although those pockets are really kind of sweet.

*stolen from theLiverpool Museum blog.
Posted by Snuze at 13:39 No comments:

Email ThisBlogThis!Share to TwitterShare to FacebookShare to Pinterest
Labels: cultural leanings, Learning something new every day, people are crazy

A for alma mater.

And yes, this is an ode to my halcyon school days. 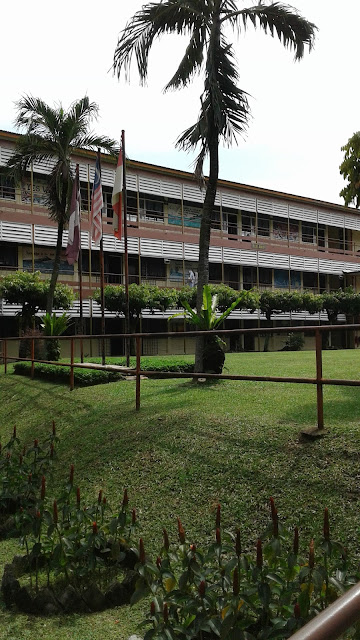 If you live in Petaling Jaya, the name Assunta is synonymous with gung-ho all-girls school. I was privileged to attend the Assunta Primary and Secondary School up to the year I turned 16.

There is nothing quite like life in an all-girls school. It was easy going, loud (my 2nd and 3rd form class was declared as the noisiest in the school, naturally) and chock-full of stress and fun.

One awesome thing about attending an all-girls school is that you don't need to be ladylike (or control ayu) because you have no one to impress. You get to let down your hair, express your inner demonic tendencies and just totally be yourself.

When I attended a co-ed school, I found out the hard way that such liberties are not common.

We also had the best canteen food. In a time when upscale mall food courts are non existent, we get to choose from noodles (laksa/curry/soup/fried)  to rice, to burgers, buns (sweet/savoury), roti canai and even mini donuts, on a daily basis. Visiting other schools where you queue for the same dish everyone else is eating brought forth the kind of sympathies reserved for starving children in Africa.

The racial mix at Assunta means that everyone speaks a little bit of a lot of languages like Hakka, Tamil, Cantonese,  Malayalee, Javanese, particularly the swear words. The lingua franca was broken English peppered liberally with Malay. It is an important contributor to our fluency in the colonists' language.

It was also the time and place to make lifelong friends whom you fight with and defend against all comers come hell and high water. After all, in a school of over 2000 people, the odds are good that you could find someone who would click with you. 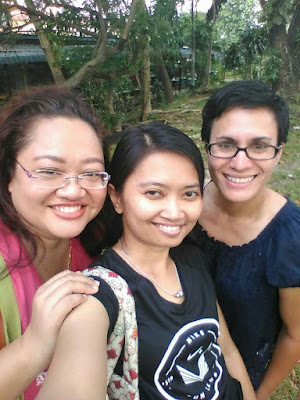 We may not meet often, but when we do, it's like we just saw each other last week.

Of course the school has changed tremendously since my days long past. The Thinking Pool has been replaced. The Cow Shed and Woodlands are now part of the food court-like canteen complete with LCD screen. The Music and Art Block has been revamped to add another storey to accommodate an art gallery.  The Basement of the Mutiara Block has been converted into 4 classrooms. 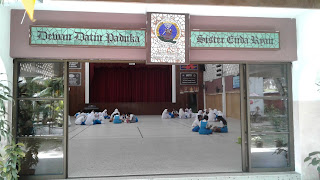 Stained glass deco for the school hall is sick.

However, the more things change, the more they stay the same. For all the cosmetic changes the years have wrought, the school spirit remains the same. All the voices raised in joy to sing the school song are inculcated with tenets of loyalty to the school and Country, determination to realise their dreams and camaraderie of the sisterhood.

Sepsis and How I Almost Punched My Ticket to the Afterlife

Last night, I was watching BBC's Trust Me, I'm a Doctor when I realised how lucky I am to still be alive today. 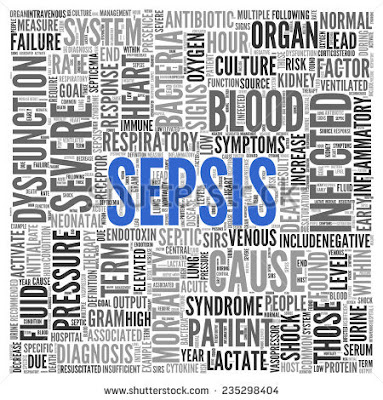 In 2004, I had what I thought was a bad case of flu that lasted for over three weeks. I sought treatment at the nearby clinics several times, took the meds (yes, I finished my antibiotics), but I never seemed to be able to shake it off. I'd get better for a couple of days, and then then I was knocked down again by the fever, body aches, runny nose, cough etc.

I didn't think much of it, just thought that I got "lucky" and was infected by different virus strains in a row. One day at the lab, I felt so cold that my teeth was chattering. Strangely, it didn't occur to me that I was in a bad shape. My supervisor dropped by to ask something, took a look at me a la death warmed over, and told me to go home.

Off I toddled at 3 pm, driving home in a car that's been baked under the sun for hours with the windows rolled up and I didn't turn on the aircond. The temperature in the car was likely to be above 50 degrees Celsius  and for the first time in weeks, I felt comfortable. Yes, broiling alive in a car felt wonderful. It was only later that I realised I barely sweated even though the day was scorching.

I drove like how I imagined someone who's had a spectacular liquid lunch would be like behind the wheel. Miraculously, I got home without incident.

Once the gate closed behind me, I sat in the broiler that was my car in a stupor, until my Daddy came outside to check on me. I should have realised by then that something was seriously wrong with me, but I just hurt all over and it felt like the heat leached the ache that was bone deep. I mumbled to my parents that I felt horrible and I stumbled to my room to sleep it off.

I was rudely woken at about 6 pm when my Mum told me that they're taking me to the hospital. I protested feebly, thinking that I just needed more rest and I'd be better soon. But Daddy put his foot down. He said there was something wrong with me that made me sit in a hot car for ages, and I needed to get that sorted NOW.

I sulked during the drive to Assunta Hospital, furious that they didn't let me go on sleeping. After the registration, I sat with my parents, making desultory conversation until I was summoned to the examination room.

To my surprise, the nurses took no time at all to insert a cannula into the back of my hand and they told me that I'm being held overnight for observation. They told me that my temperature was over 40 degrees Celsius and I could go into convulsions if I don't get treated.

I wanted to protest, but I couldn't marshall my thoughts. I felt like crying; what kind of a weakling am I to need hospitalisation for a mere fever? Totally forgetting that fever can be dangerous and I learnt all the ways a fever can go south in my general pathology class.

I was taken in a wheelchair to the ward. It was so weird being wheeled about, and it finally struck me that I was really, seriously ill. My Mum looked like she wanted to cry when she looked at the cannula on the back of my hand, patting it gingerly as though she was afraid it would hurt me. Daddy was blasè, as though his child being warded was nothing out of the ordinary. His stiff upper lip hid a lot.

Once I was settled with a saline drip installed, they went home with an admonishment to mind the nurses. I felt bereft. My ward mates were all hidden behind the drawn curtains and I was at loose ends. The cool saline coursing through my feverish body made me antsy, and I fell into a restless sleep.

Less than an hour later, my Sis and BIL came with clothes, toiletries, books (yay!) and a burger from the corner stall for dinner. We chatted while I ate, and then they left. I changed into my pajamas by myself, no mean feat to manoeuvre around the drip, let me tell you, and settled for my first night in a hospital.

The differential diagnosis for my case was sepsis although my blood culture was inconclusive. I suspected that the culprit in my case was the germ I was working with, Chromobacterium violaceum. I was fortunate to have responded to treatment fairly quickly considering the mortality rate for C.violaceum is pretty dismal.

Trust Me, I'm a Doctor reported that sepsis kills more people per year than 3 of the major cancers combined. Considering I had 4 of the 6 criteria for identifying septicaemia per the discussion on the show, I was extremely fortunate that my parents insisted that I get treated.

At least 2 of the survivors interviewed in the show has had amputation to remove necrotic limbs. It was chilling to hear that all of them had symptoms similar to mine and the number of people who die of sepsis every year because they weren't treated in time.

Don't take your health for granted. Even a minor cut can fell you. With greater number of antibiotic resistance, we may not have much options for treating sepsis if we don't develop new antimicrobial soon.

Read more about it at:

The Billionaire and the Pauper?

Trade Me by Courtney Milan
My rating: 5 of 5 stars

The few young adult novels I've picked up left a horrid taste in my mouth, but this one was SPECTACULAR. All right, I've yet to read anything by Courtney Milan that I didn't enjoy, but this one was such a fabulous ride from page one until The End (for the time being; there's more in the series).

The rest is under cut for spoilery stuff.

Encounters with the third kind ...